The Aeolian Islands ... the Gems of Sicily

August 20, 2014
"In a cave in Lipari, Aeolus kept the winds captive, and he gave Ulysses a fair breeze in a pigskin bag" Homer's Odyssey

I am going to let you in on a secret … the Aeolian Islands (Isole Eolie).

They are small pieces of paradise scattered off the Northern coast of Sicily. They appear out of the sea like a mysterious apparition.

There are seven islands, Vulcano, Lipari, Salina, Panarea, Stromboli, Filicudi and Alicudi. This stunning volcanic archipelago is the perfect setting for island hopping Sicilian style and each one has its own individual identity. Stromboli and Vulcano are both still volcanically active, Vulcano is famous for its therapeutic thermal springs and volcanic mudbaths.

If you do not have the pleasure of your own private yacht, the islands are easily accessible from Milazzo and Messina by ferries and hydrofoils or by helicopter.

The islands are named after the Greek demigod of wind and navigation Aeolus, he lived there and kept his winds in one of the many Aeolian caves. They are also known as the Gems of Sicily and are considered one of the most beautiful locations in the world featuring incredible landscapes and pristine waters. They are also a Unesco World Heritage Site.

This year Dolce and Gabbana have used the islands as inspiration for special additions of their Light Blue fragrance naming them Discover Vulcano and Escape to Panarea. The designers own a house on Stromboli.

Ever wonder where Celebrities and VIPS moor their yachts in August? … Well you will probably find them off the coast of one of the islands. The attraction being  the secluded coves and beaches. 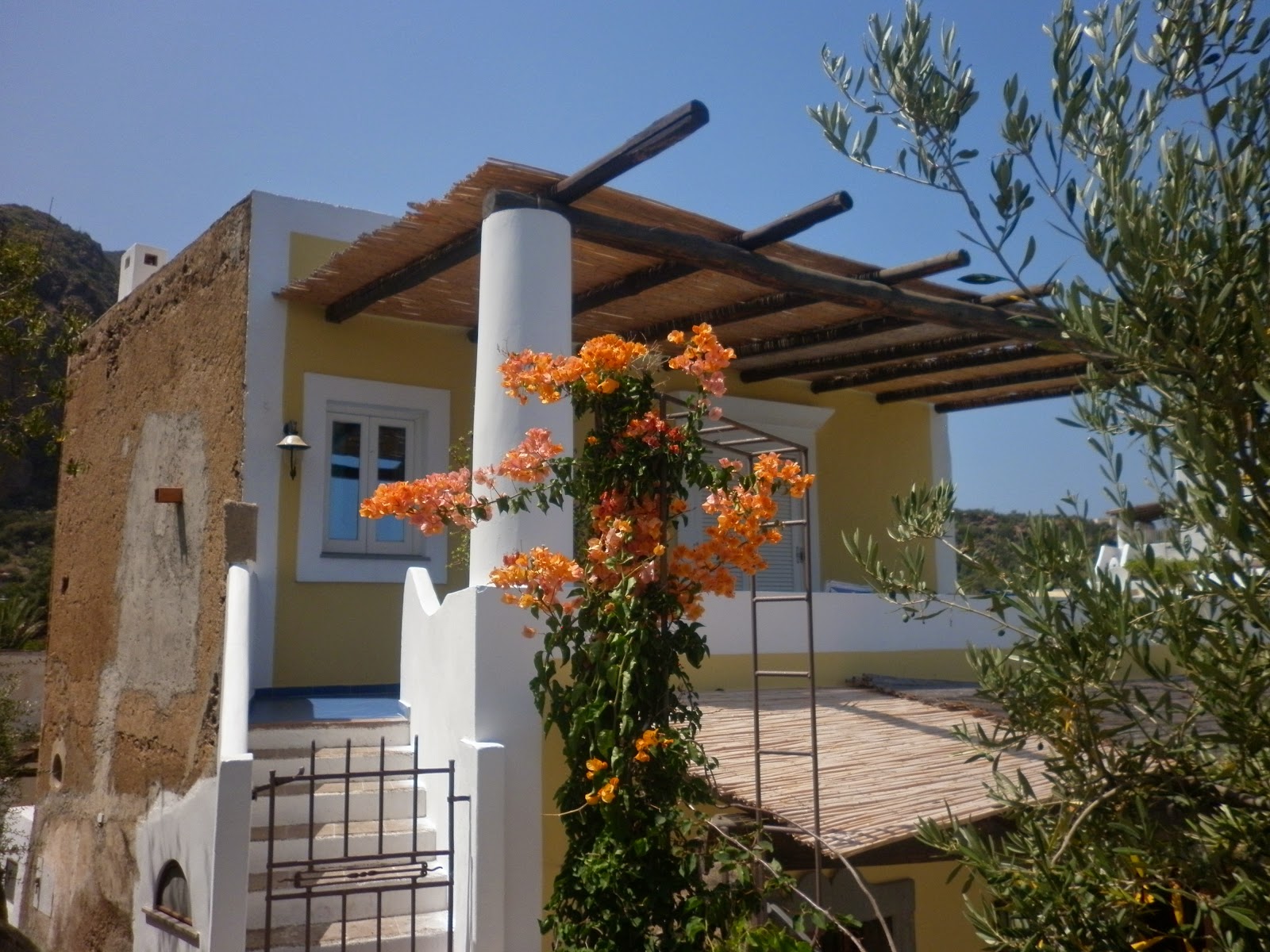 Aeolian houses are stunning and have a large outdoor terrace, usually shaded by brightly coloured bougainvillea and cacti. The houses are whitewashed with bright blue shutters. Balconies and terraces are mostly decorated with brightly patterned terracotta tiles.

There are many chic boutique hotels with some that have open air nightclubs with a chilled out Ibiza vibe. Perfect for balmy Mediterranean summer nights. 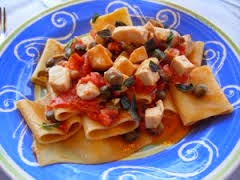 The islands provide mouthwatering cuisine and the lusciously sweet Malvasia wine, known as the nectar of the gods. Famous for capers they are used in most Aeolian dishes. One of my favourite dishes is Pasta with an Aeolian sauce of Tuna, Tomatoes, Green Olives and Capers.

So for your holiday to Sicily why not incorporate a stay on one of these alluring mystical islands. 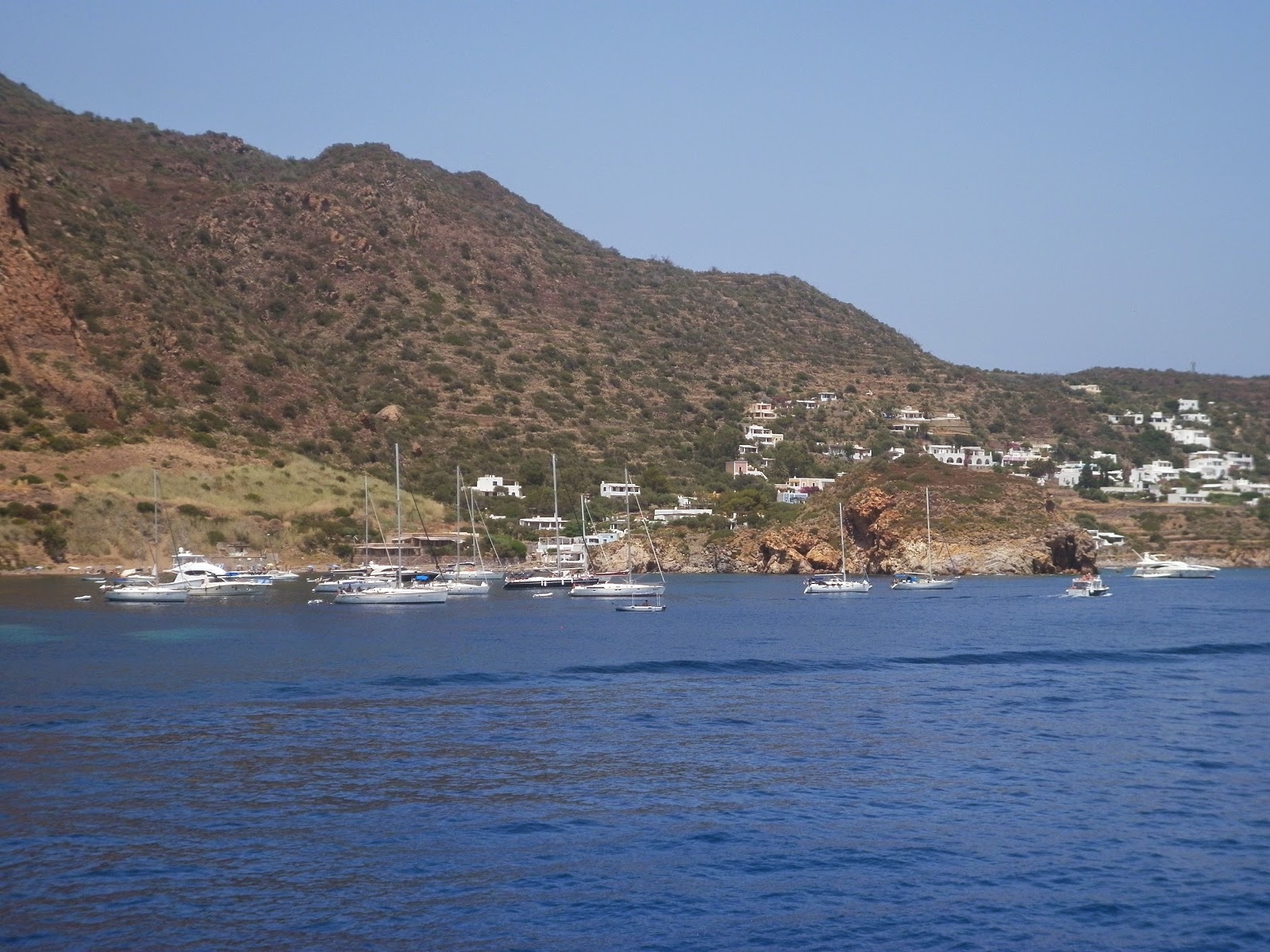 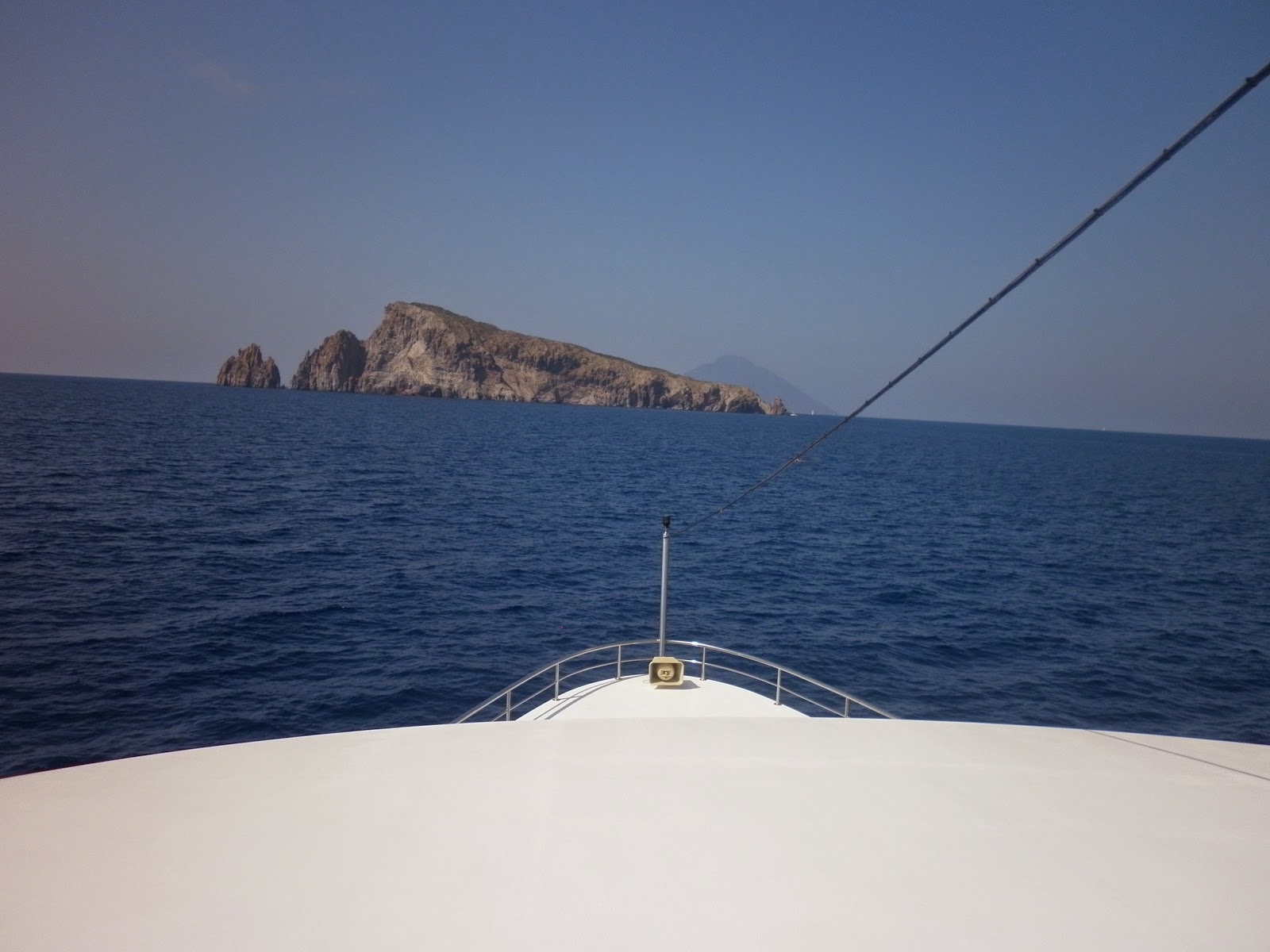 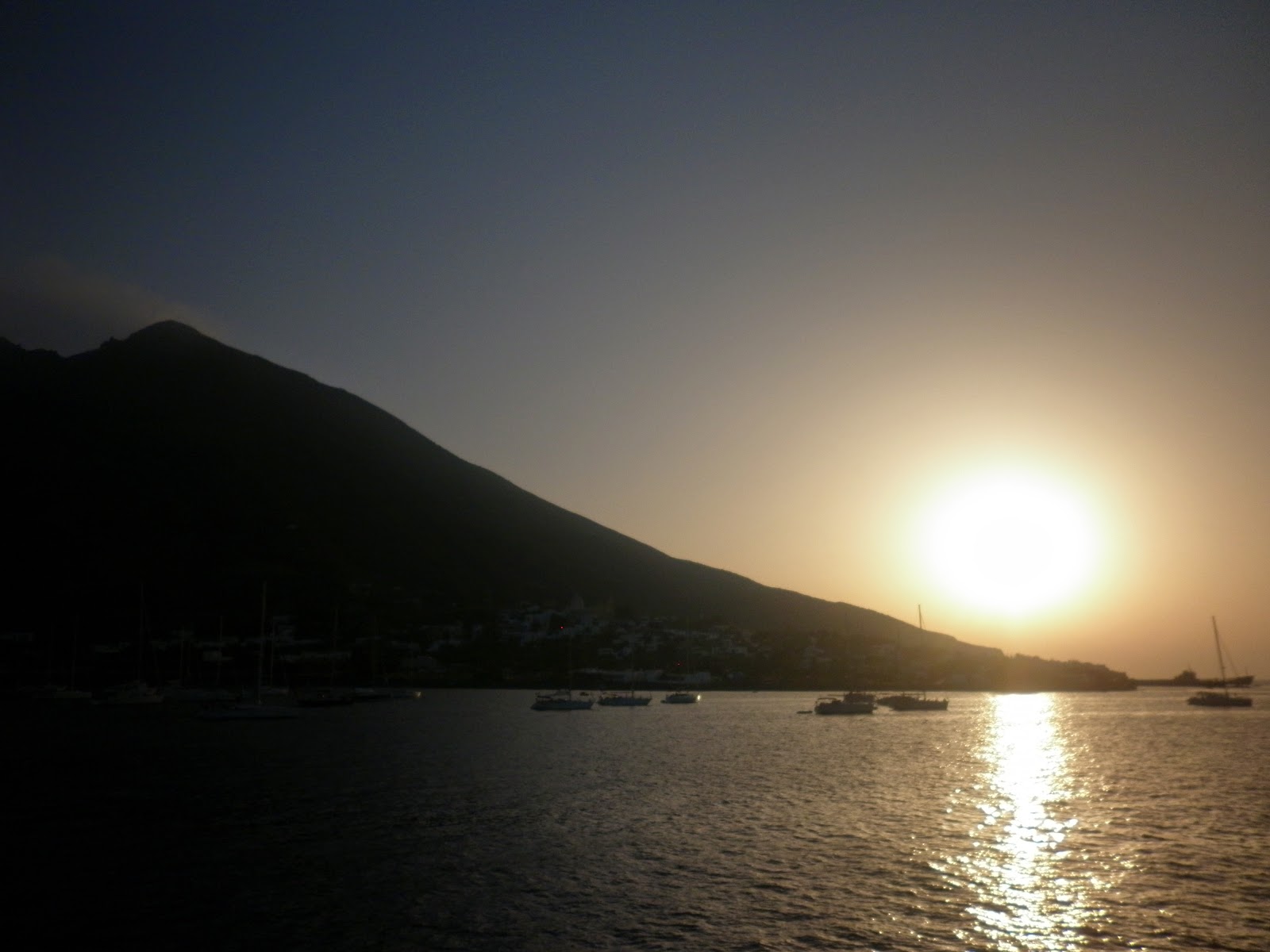 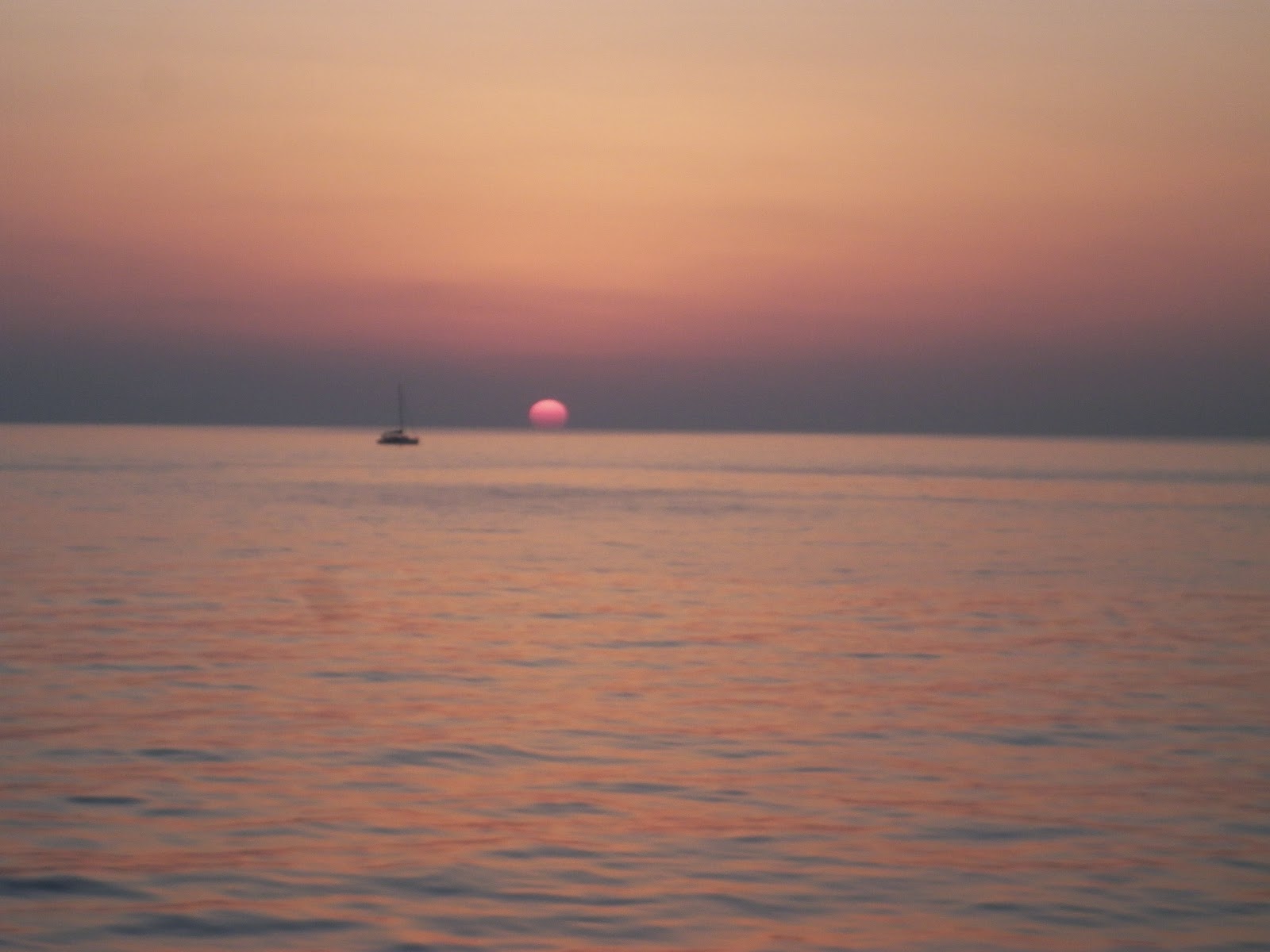 Thank you for following me at White Almond Sicily

I am also a contributor to www.timesofsicily.com 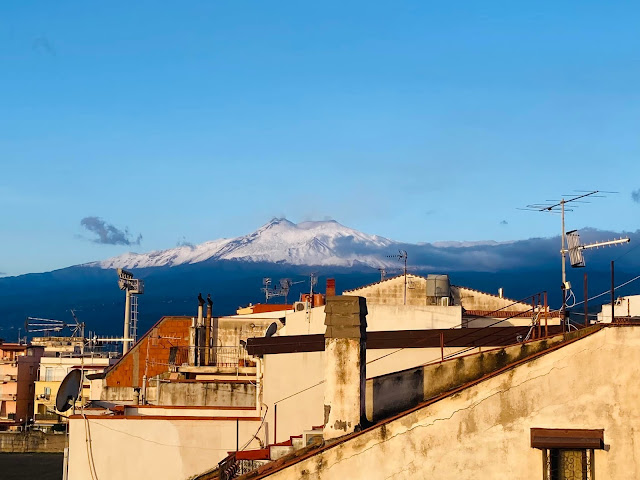 Buy a house in Sicily we thought, it will be fun we thought ... This year Mount Etna has erupted over fifty times. Satellite images have revealed that she has erupted so much in 2021 that she had grown about 100 feet (30 meters) in height in just six months. Mount Etna is the highest volcano in Europe. She covers an area of approximately 1250 square km and her usual height reaches approximately 3350 metres. For repeated eruptions over many years Etna can be considered as one of the most active volcanoes in the world. From her height Mount Etna dominates Sicily, its three surrounding seas and the tip of the Italian mainland. When we first viewed our Sicilian house in November 2007 our Sicilian big brother Gianfranco told us that the view of Etna from the roof terrace was so spectacular that if she erupted we would be able to make toast and indeed we do have a jaw dropping view of our beloved volcano. Having Etna is like having a living painting and we could spend all day watching her. N
Read more 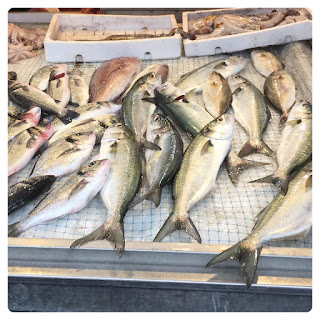 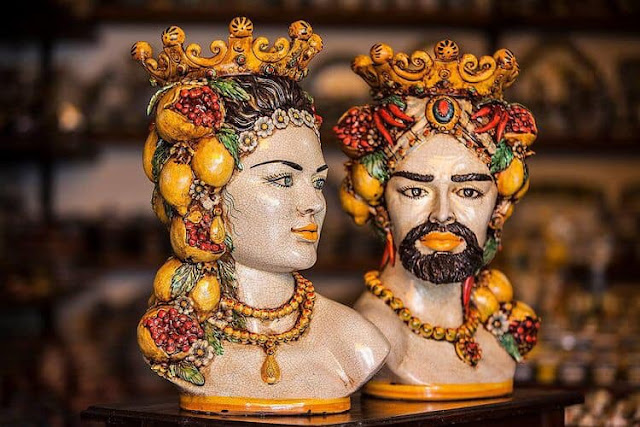