Showing posts from November, 2015
Show All

Our First Excursion to Mount Etna 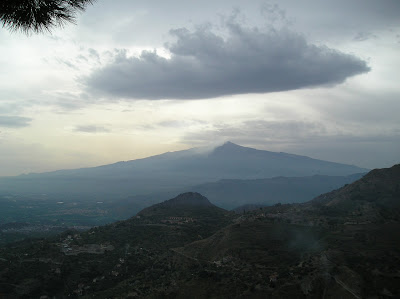 Mount Etna is full of mysteries and legends. The first Greek settlers named the volcano Aetna and thought of it as the home to Hephaestus , god of fire, who used its flames and lava to forge Zeus’s thunderbolts. Etna is described in the book of myths as “the forge of the gods”. To the Arabs it was known as Mongibello (Beautiful Mountain). Visitors, local and international, are instantly charmed by the volcano and visit daily to this magical part of Sicily. Since the Grand Tours started in 1680, Mount Etna was the “must see” attraction of visitors to the island and has been enjoyed by such notaries as Goethe, Byron and Maupassant, as it had already been by the Greek philosopher Empedocles and the Emperor Hadrian. This legendary area is a magnet for visitors looking for excitement and dramatic landscapes. Mount Etna is the highest volcano in Europe. It extends for approximately 1250 square km and reaches a height of approximately 3350 metres. For its repeated eruptions o
Read more

Taormina ... The Story and 18 Historical Places you must see 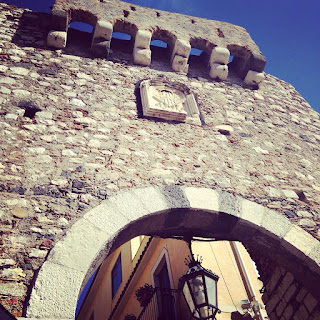 Porta Catania ... Taormina's Southern Gateway Taormina … the Pearl of the Ionian Sea, a town of myth and legend, a destination for the international Jet Set and one of the most beautiful parts of Sicily. The town has incredible energy, beautiful colours, exciting aromas, the tastes of authentic Sicilian cuisine and is full of rich Ancient History. A Brief History of Taormina Taormina was founded in 358 in the period when the Greek colony of Naxos was being destroyed by the tyrant Dionysius of Syracuse. The people of Naxos looked towards the mountains for a new settlement. The Greeks named the town Tauromenion. Thereafter the Romans invaded the town and named it Tauromenium. It was the Romans who added most of the splendour to the town. In fact the remains of many magnificent Roman monuments can still be seen today in Taormina. The town was neglected and suffered decay in the last days of the Roman period but was born again during the presence of the Byzant
Read more
More posts