Showing posts from February, 2017
Show All

... an abundance of Aubergines (Eggplants) 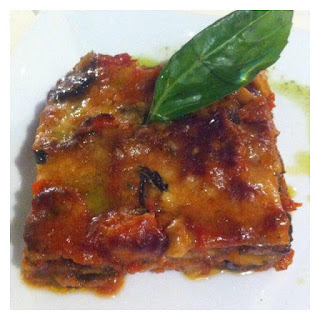 Melanzana alla Parmigiana Sicilians love aubergines (eggplants) cooked every which way they can. In the middle of the thirteenth century, the Arabs cultivated the first aubergines in Sicily, several centuries passed before they spread to other parts of Italy. For a long time consumption of aubergines was thought to result in licentiousness and insanity. Under Spanish rule, in 1492 the Jews in Sicily were forced to leave the island and many headed north to Rome taking the aubergines with them. The Romans having never seen a vegetable like this before were unsure of it and named it Mela Insana (apple of insanity). The Italian name now for aubergine is Melanzana. Aubergines come in many shapes and colours, small, white and egg-shaped, round or large, crooked and purple. This last variety is the most commonly grown in Sicily on the fertile volcanic soil of Mount Etna. This vegetable belongs to the group of foods known as nightshade plants many of which contain the toxin solanine
Read more 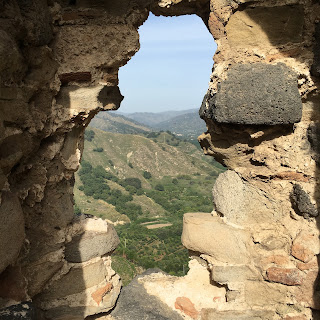 The autostrada from Catania to Taormina boasts fantastic views, on your left you have Mount Etna and to your right the sparkling Ionian Sea with towns dotted on both sides. Towards the end of your drive you will spot Taormina in front of you giving the impression that the town tumbles down towards the sea. Just before you turn off to exit the autostrada to your left high above on a hill you will see a ruined Arabic Norman castle with a little chapel. This is the Castello of Calatabiano. The castle in its present form with its adjoining hillside village was founded by the Arabs in 902AD when they came to the area to conquer Taormina. The towns name is derived from Arabic Kalaat al Bian , (Kalaat meaning castle). The castle stands on a hill 220 meters above sea level overlooking Mount Etna, the Alcantara Valley, the bay of Giardini Naxos and Taormina. A visit to the castle offers excitement and a landscape of unparalleled beauty from the moment you get into the glass elevato
Read more

15 Romantic Things to do in Taormina 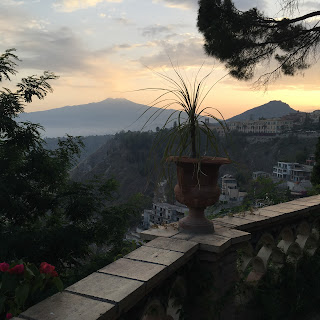 It is that time of year again when love is in the air which is the perfect opportunity to whisk your special someone away to one of Europe's most romantic destinations ... Taormina. Twelve years ago in a February issue of UK Glamour magazine I read a travel article about alternative Valentine Weekend getaways and that was how I first discovered Taormina. A weekend away was booked and we fell in love with Sicily as soon as we set foot on the island, two years later we bought our Sicilian home. Taormina is perched on a series of high terraces overhung with tropical gardens overlooking a breath taking coastline and views of Mount Etna. It oozes elegance, style and glamour which has been created by a rich history full of romantic myths, legends and love stories. The town is full of beautiful flower draped villas and palazzos amongst candlelit narrow alleys with boutiques, cafes and restaurants on the pedestrianised Corso Umberto. The town is the perfect destination for a roma
Read more
More posts