Showing posts from November, 2017
Show All

... an abundance of Olives 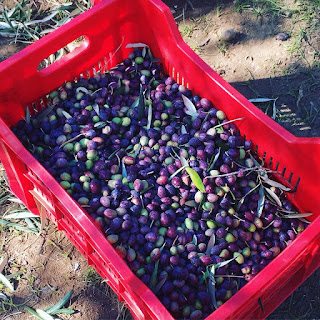 Sicily is where Europe ends and Africa begins. It began its history as part of Ancient Greece and soon became part of the Roman Empire. Thereafter the island was invaded by the Byzantines, Arabs, Normans, French, Spanish and Bourbons before unifying with Italy. Each conquest left its mark on the island and its abundant produce. When you think of Sicilian cuisine one of the first things that spring to mind is olives and olive oil. Sicily’s olive oil is like liquid gold. Every Sicilian is passionate on the subject of olive oil especially their own. The beautiful olives were brought to the island by the Phoenicians and the Ancient Greeks who brought the art of cultivating the olive tree. Under Roman rule the Romans started the distribution of oil on a large scale to supply the needs of the whole of the Roman Empire. During Arabic rule the Arabs preferred to import their own oil and sadly uprooted many groves and replaced them with citrus groves. In the 18th century the Spanish r
Read more 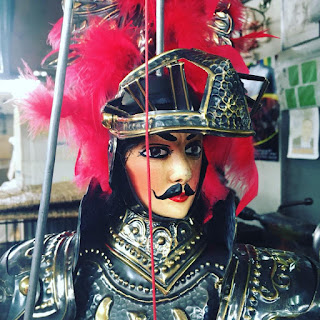 Sicily is an island full of much history, culture, folklore and traditions. Puppet theatres ( teatro dei pupi ) have been popular in Sicily since the fourteenth century but really became popular in the 1800's and provided nightly entertainment for thousands of Sicilians who would watch the good guys fight the bad guys in stories of adventure and romance. Travelling puppet theatres drew huge crowds in smaller villages. The art of the Sicilian puppet theatres has been given recognition by UNESCO in 2001 when it was included in the Representation List of the Intangible Cultural Heritage of Humanity. The most traditional stories are derived from the stories of the Holy Emperor Charlemagne and his Paladin Knights battle for Christianity against the Saracens and Turks involving raucous sword fights. Other stories include the lives of Saints, legends of bandits, local farces and even Shakespearian themes and there is always a love interest. So who are the good guys? Holy Emper
Read more
More posts